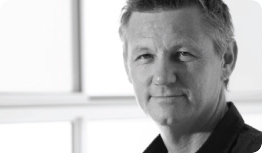 Paul is an internationally awarded director/dp whose work is influenced by his cinematographer’s eye.

Paul’s cinematic training provides him with the foundation for his creative approach to imagery.

He has earned a fantastic reputation for combining in camera and post visual effects for campaigns for advertisers such as Visa International, Mentos and Campbells.

His natural ability to engage with people has also leant itself to working with “real talent”.

As a director/DP Paul creates one point of focus for “Non-actors” and a comfortable on set environment soliciting genuine performances for major campaigns for NSW Heath, Qantas Airlines, the Cancer Foundation and Telstra amongst others.